There should be more focus on developing micro-insurance products that can cater for the needs of rural Solomon Islands.

This was the collective sentiment shared by the people of Central Province during a recent insurance workshop program held at Tulagi.

The program which included the participation of Central Province Premiere, Hon. Stanley Manetiva, his Provincial Executive members, along with key stakeholders and community reps/leaders, was conducted by the Central Bank of Solomon Islands (CBSI) and the Ministry of Finance and Treasury (MOFT).

CBSI and MOFT were in the former capital on the 1st December, 2020, to conduct the on-going nation-wide consultation program mainly to obtain feedback required for the review of a policy paper. The policy paper is the document that will be used in drafting the new insurance bill, which is envisaged to be tabled in parliament by mid to late 2021 next year.

CBSI Governor Dr. Luke Forau was again at the forefront of this trip, leading the team to Tulagi and using the opportunity to encourage attendees to participate fully in the process.

Governor Forau explained that he wanted to see and experience himself the province level in terms of their state and economic well-being. He said he wanted to join in the discussions and be part of the contributions with the participants.

“As in similar consultations in other provinces that I’ve been to, my presence here is an indication that the Bank takes the views of our people in the provinces seriously”, Governor Forau explained.

The discussions brought about a variety of issues as highlighted from the participants.

They contributed on many different aspects of the policy review component, from the governance side to the implementation stage of the policy.

The participants provided their take on the insurance sector with some sharing their own experiences about insurance issues faced in the past. Other contributors highlighted some long past grievances relating to the now disbanded Blue Shields Insurance and Solomon Mutual Insurance (SMI) operations of the 90’s and early 2000’s.

However, the greatest contribution came on the topic of insurance products that would best suite rural Solomon Islands. Micro-insurance was raised in this sense, and many called for CBSI as the regulator and the government side to seriously consider developing this level of insurance for all Solomon Islanders.

“As one of the smallest provinces, we are also very prone to the impacts of natural disasters and climate change” said one participant.

“I want CBSI and the government to focus on this area and maybe look at the type of insurances that can address our needs, at our scale, so we too can insure our small plantations, farms, local business, properties and other developments that need to be protected”.

He thanked the Governor and team for giving the opportunity for Central province to also be consulted, and he expressed some views on what the province needed.

“This is the way forward in terms of such an important review” Hon. Manetiva mentioned.

“When you take the bottom up approach, we appreciate this and therefore our province looks forward to the outcome of this whole process. Insurance must become an integral part of our communities”, he added.

Governor Forau responded by stating that he was impressed with Central Province as a top performing province under the Government’s Provincial Government Strengthening Program.

He said he wanted to make sure input from this province and all others were captured during the consultations.

“We will be coming back for the next phase of this process”, Governor explained.

“It is a priority of CBSI and its stakeholders to push these policies through so that we can get the bill tabled to parliament as soon as possible”, he added.

The Insurance consultation program will halt for the Christmas-New Year period and will resume with Renbel, Temotu and Guadalcanal provinces set for first quarter of next year. 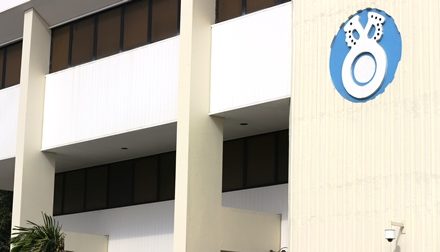 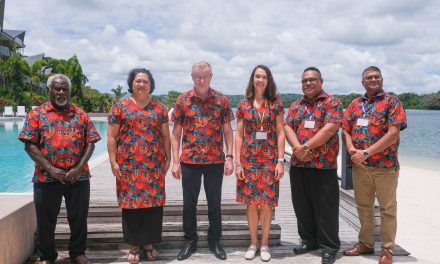