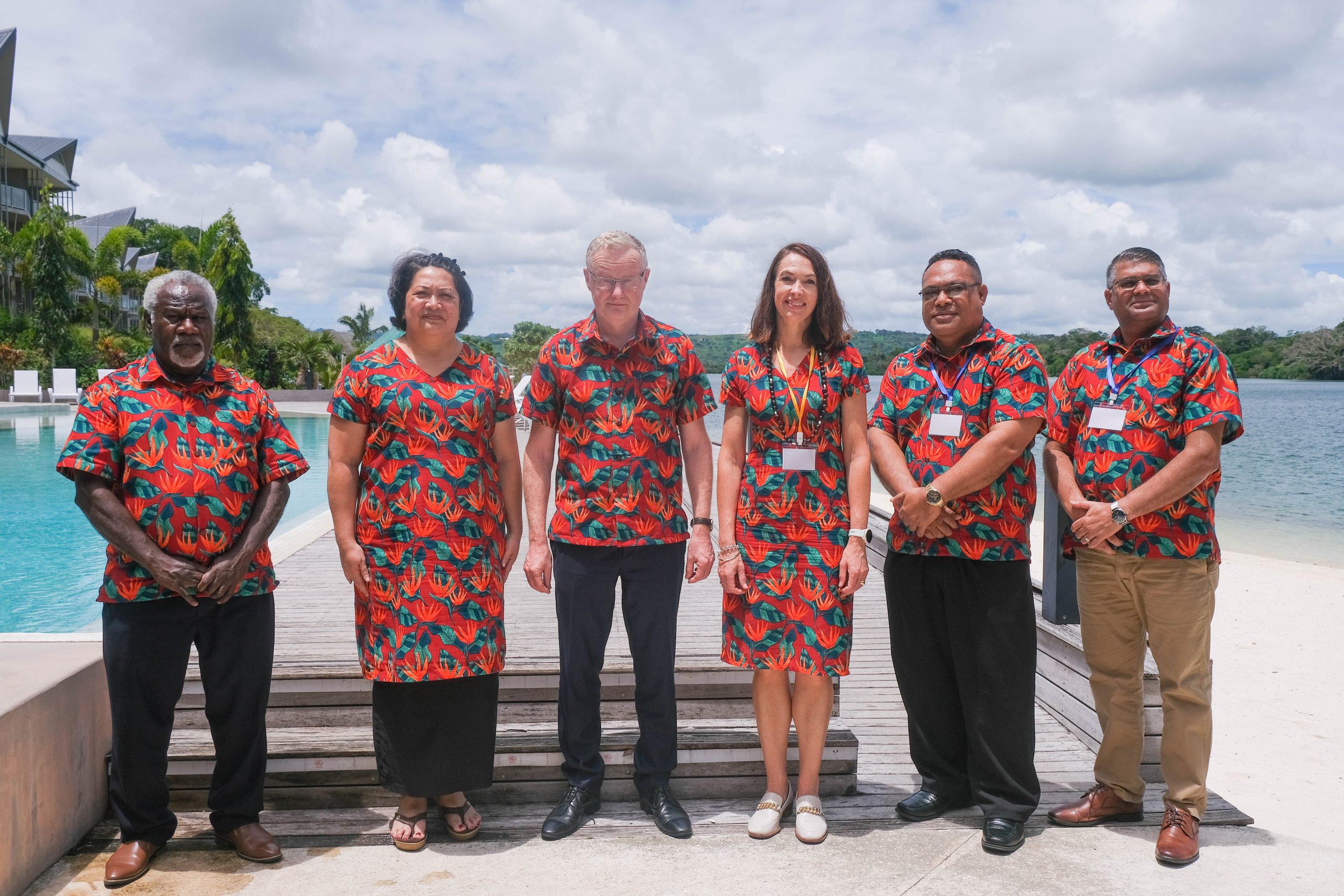 The 37th South Pacific Central Bank Governors Meeting (SPCBGM) was held in Port Vila on November 3-4, 2022.  The Reserve Bank of Vanuatu was honored to host the meeting, under the theme ‘Rebuilding Our Economies Post COVID”.  The SPCBGM draws Governors from eight member countries, namely Australia, Fiji, New Zealand, Papua New Guinea, Samoa, Solomon Islands, Timor-Leste and Vanuatu. The region faces unique challenges and their economies have been impacted severely by the COVID-19 pandemic and ongoing shocks in the world economy. The gathering was the first physical meeting since November of 2019. The event provides a forum for regional central bank Governors to share their experiences and challenges, discuss on policy directions and solutions on the way forward, as well as to dialogue with the development partners and international financial institutions.

The Governors discussed country experiences following the pandemic, the ongoing war in Ukraine, the impact of climatic conditions, and the impact of global supply chain disruptions and world prices.  Countries face similar economic challenges but the impact in specific countries has been divergent given differing country specific factors.

Governors noted that growth remained negative for some of its member countries, while others have started to rebound and recover from past contractions, following the re-opening of borders and from monetary, fiscal and other policy responses. Business sentiment is also picking up in some of the countries, and the outlook has become more favourable, although the likelihood that global disruptions may continue remains.

Inflation has been a major issue and has risen to historically high levels within some countries in the region. In response, some of the larger regional economies have tightened monetary policy.

In the other Pacific Island economies, Governors noted that foreign price shocks are beginning to be entrenched in domestic prices although the pegged exchange rate has helped cushioned some of the impact of foreign inflation as well as other policy measures.

For the small Pacific Island countries, foreign reserves remain comfortable but point to some decline over the coming months as part of central banks’ operational challenges during these unprecedented times.

The re-opening of international borders have allowed tourism to recover and contributed to a more positive growth outlook. Remittance flows have rebounded partly from the impact of labour migration.

The financial sector has remained resilient and the impact of the pandemic on banks’ balance sheets are beginning to ease.AML/CTF and Correspondent Banking Relationship (CBR) issues remain important policy issues.

The Governors concluded the 37th South Pacific Governors’ Meeting to endorse the Central Bank of Solomon Islands (CBSI) as the Host for the 38th SPCBGM in 2023.

CBSI warns of another pyramid scheme in Solomon Islands